I am a sucker for a good western.  I was studying in London when Kurt Russell’s Tombstone was released, and in the theatre I was a virtual caricature of the obnoxious American ex-patriot as I whooped and cheered for Wyatt Earp as he blazed his way through the OK Corral.

Thus, it was with great anticipation that I went to see the remake of True Grit.  It did not disappoint.  Of course, True Grit takes place in and adjacent to Arkansas, with mentions of Little Rock (Jill’s hometown), Jonesboro (my mother’s hometown) and Memphis (where I lived before moving to Roanoke).  That was undoubtedly part of the attraction for me.  Even discounting such sentimentalism though, this film is very good.

The story is familiar.  Mattie Ross travels by train to Fort Smith to avenge her father’s murder at the hands of Tom Chaney.  She hires the hard-drinking, hard-shooting U.S. Marshall Rooster Cogburn and heads into the Indian Territory to track down Chaney.

This is not the John Wayne version, in which the lines between black and white are clear and heroic redemption is the denouement.  In the new film (which is supposedly much more faithful to Charles Portis’ novel), moral ambiguity reigns.  For instance, vicious gang leader Lucky Ned Pepper goes to pains to ensure the safety of Mattie Ross once his men have kidnapped her.  And Rooster Cogburn is hardly the noble hero.  He once robbed a bank in New Mexico; he drinks all the whisky he confiscates; and he threatens to abandon Mattie deep in Indian country.

Still, it is that very moral ambiguity which makes True Grit the most religiously-potent movie I’ve seen in years (with the possible exception of last year’s The Road).  In the end it is a parable, and its meaning turns on the faith of Mattie Ross.  Mattie, a girl of fourteen, heads west from Yell County with nothing but sixty dollars and the force of her conviction.  From the moment she steps off the train in Fort Smith, she moves through a dangerous and unpredictable world with the words of Proverbs 28:1 on her heart: “The wicked flee when none pursueth.”  Though obstacles small (a swindling merchant) and large (murderous outlaws) are placed in her path, Mattie’s fidelity to her quest does not ebb.  Indeed, when the courage and confidence of the big men around her falter, it is Mattie’s own faith that buoys them and keeps them on the straight path.

The true grit of True Grit is unrelentingly realistic, and just as in our world saints do not escape unscathed, neither does Mattie.  When she finally catches up with Tom Chaney, her righteous vengeance is immediately followed by her own fall into a deep, rattlesnake-infested chasm.  “I had forgotten about the pit behind me,” Mattie narrates in understated fashion.  None of us are immune to that, are we?  The pit is always behind us, just out of vision.  Faith always carries risk.

Like Jacob at the Jabbock, Mattie is permanently injured because she keeps the faith, but even at film’s end she remains undaunted.  As Stanley Fish says in his review of True Grit, “[Mattie] goes forward not because she has faith in a better worldly future — her last words to us are ‘Time just gets away from us’ — but because she has faith in the righteousness of her path, a path that is sure (because it is not hers) despite the absence of external guideposts.”

The comfort and strength of such faith is its own reward.  True Grit ends with Iris DeMent’s yearning voice singing, “Oh, how sweet to walk in this pilgrim way, leaning on the everlasting arms.”  That is Mattie Ross’ truth, and it is enough for her.  Would that it be enough for us, too. 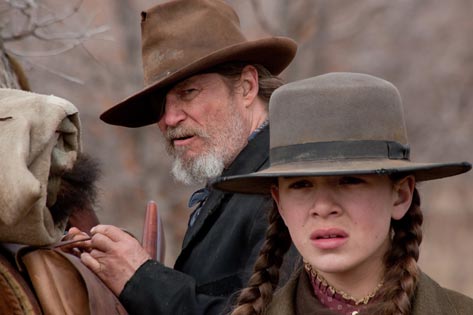 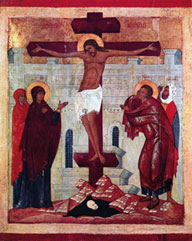 A.D. 2011.  We’ve entered a new date on our calendar.  A surprising number of people believe that “A.D.” refers to “After Death,” signifying the time after the crucifixion of Jesus in an analogous way that B.C.—“Before Christ”—refers to the time before Jesus’ birth.  This belief is curious to me for two reasons.  First, if A.D. refers to “After Death,” then how do we account for those thirty-three years of Jesus’ earthly life?  What do we call the dates between B.C. and A.D.?  Second, it would be odd indeed were we to signify the first year of the new dating system by extolling Jesus’ horrendous death.  If anything, we’d call the new system “A.R.” for After Resurrection.

As it is, A.D. doesn’t mean “After Death” at all.  A.D. is shorthand for Anno Domini, which means, “The Year of our Lord.”  A.D. 2011 is The Year of our Lord, Two Thousand and Eleven.  At least twice in the past two thousand years this system of dating has come under assault.  The first time was during the French Revolution, when France’s secular regime attempted to supplant Anno Domini.  We presently live in the midst of the more recent attempt.  Today, scholars in virtually every field have agreed to refer to B.C as “B.C.E.” or “Before the Common Era” and A.D. as “C.E.” or “Common Era.”  I was taught this system when I entered college in A.D. 1991—or, excuse me, C.E. 1991.

The rationale for the new designation makes sense: In a world in which scholars of various religions and cultures interact, a Christian dating designation can seem triumphalistic.  Even so, the fact remains that Year 1 is still considered Year 1, whether the designation is Common Era or Anno Domini.  The universally agreed-upon Year 1 is still the year of Jesus’ birth.  Does this matter?  For Christian people, it most certainly does.

We have entered into the season of Epiphany, which marks those moments at which God makes himself manifest in our lives in ways that change us, that alter our priorities, that shape our very identity.  Think about the Scripture readings we study during Epiphany.  We read about the Magi, whose entire lives are upended when God appears to them through the star.  We read about Jesus’ own baptism, when the Holy Spirit reveals to him and those around him who Jesus is and where his destiny lies.  In Epiphany, God claims people as his own.  God makes Jesus the Lord of our lives.

Just as God does this in the space of our lives, so God does with time.  Of the designation Anno Domini, Bishop N.T. Wright says, “Like a great church bell ringing out over a sleepy town, every time someone puts a date on something it speaks of the lordship of Jesus, whether people listen or not.”

Think about that the next time you write the date on a check or pull up your iPhone calendar.  This Epiphany season, does God claim you?  Will your time become God’s time, to mold and shape for his kingdom?  In your life, does 2011 promise to be the Year of our Lord? 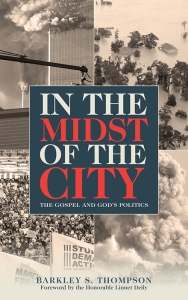 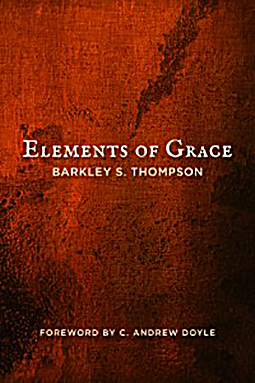