Mid-century, a group of pre-adolescent boys are stranded on a desert island in the Pacific, with no adults to supervise them.  They live there for months, and in that time their true natures, unbound by enculturation or social conditioning, emerge.  They reveal what it really means to be human, and the revelation is startling. 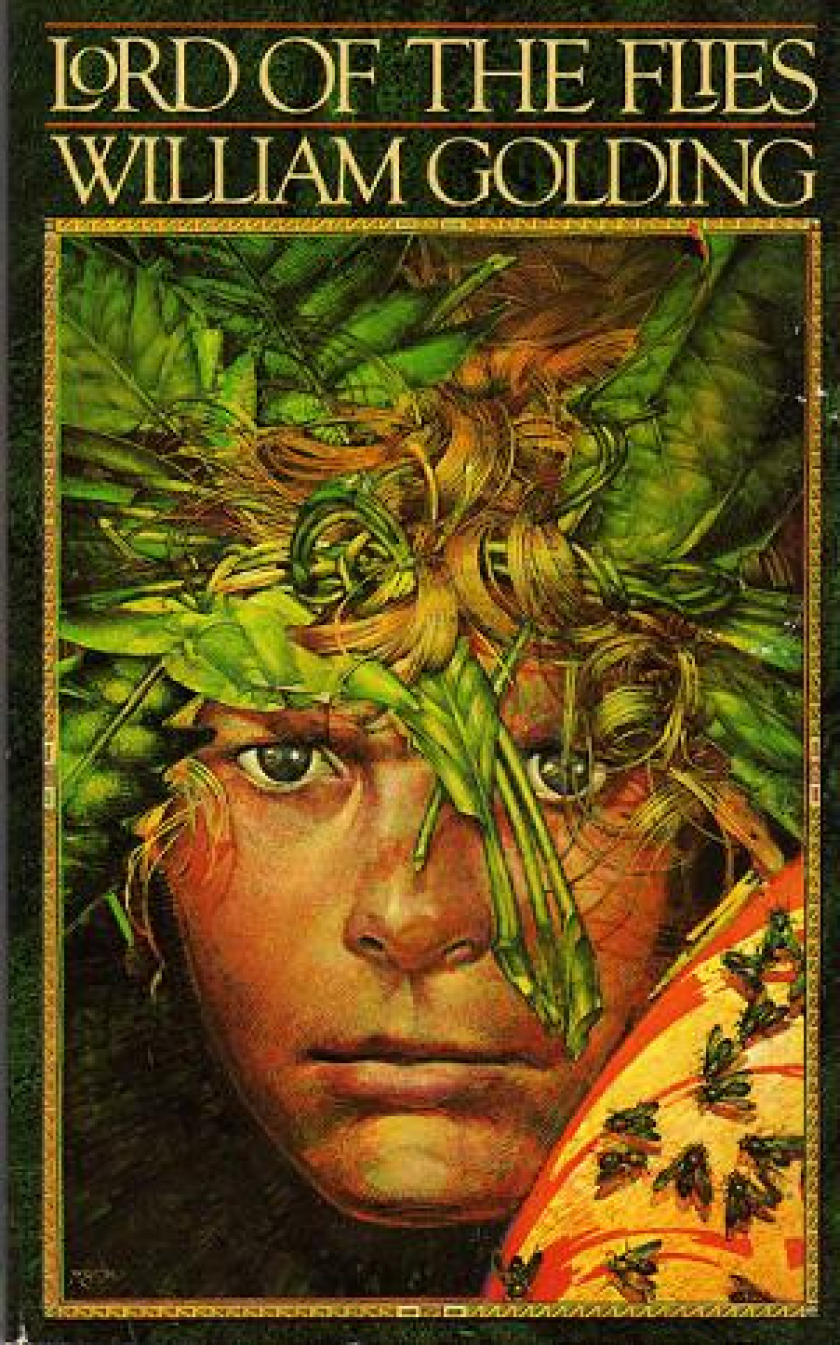 For almost seventy years, William Golding’s novel Lord of the Flies has been on required student reading lists across the world.  My parents read it.  I read it.  My children have read it.  Its sober assessment of human nature serves as both existential exploration and societal caution.  It is the narrative confirmation of philosopher Thomas Hobbes’ dictum that in our state of nature what is inevitable is bellum omnium contra omnes, or “war of all against all.”  Left to its own devices, human life, Hobbes famously says, is “nasty, brutish, and short.”[i]  William Golding stresses that the Lord of the Flies lives within each of us, just waiting to crawl to the surface and pit me against you, and you against one another.  And he ends his novel with a moment more subtly  terrifying than anything the boys have done, when the crisply tailored, rescuing naval officer expresses his disgust at the condition in which he finds the children, but then looks out at his own warship resting on the waves and realizes that the boys are merely a reflection of the world writ large.

In times of relative contentment and calm, Lord of the Flies is interesting.  In times days like those in which we are living, it is ominous.  We, like the naval officer at the novel’s end, best not pause for even a moment’s reflection, lest we recognize that the Lord of the Flies has welled to the surface in many of us and certainly in our world.  We are living in tenuous times, in which our public health is imperiled, some of our actions seem to question our sisterhood and brotherhood as children of the same God, our impulse to politicize anything and everything overrides everything else.  We are beating Simon to a pulp.  We are crushing Piggy with the rock.  Or, to shift analogies, we are Abraham raising the knife above grace and goodness and care for one another.  All that is left is the question whether we will bring the knife down.

The words of our Lord, our only Lord, are words of welcome, and grace, and care for the vulnerable.  They are words of a Lord who will not share the dais or the smallest chamber of our hearts with the Lord of the Flies.  They are the words of a Lord who has not a moment’s patience with our tribalism, or our politics, or our brutish impulse to put ourselves before our sisters and brothers.  It is the Lord of the Flies or the Lord Christ, one or the other.  The choice is binary, and it must be made.

Ah, but you see, God’s world is full of surprises.  Mid-century, a group of pre-adolescent boys are stranded on a desert island in the Pacific, with no adults to supervise them.  They live there for months, and in that time their true natures, unbound by enculturation or social conditioning, emerge.  They reveal what it really means to be human, and the revelation is startling.

These words, with which I began today’s sermon, it turns out do not refer to William Golding’s novel.  They refers to no fiction whatever, but rather to an actual, real-life event that began in June of 1965.[ii]  A group of six schoolboys on the island of Tonga decided to play hooky from their Catholic boarding school.  The boys were diverse.  Some were light-skined, fair-haired English; others were dark-skinned, native Tongans.  Some were full pay; others were scholarship boys.    They “borrowed” a fisherman’s boat, packed two sacks of bananas and a few coconuts, and set off to sea.  Eight days later, with their bananas gone, small sail shredded by the wind, and no water, the boys’ little boat washed up on a deserted island called Ata.  There they would spend the next fifteen months before being rescued by fishing captain Peter Warner.  A decade after William Golding penned his hypothetical thesis on human nature, a real-life test case was set in motion.

And what happened?  What feral, brutish hell did Captain Warner discover when he dropped anchor at Ata Island?  How many of the boys had suffered the fate of Piggy and Simon at the hands of Jack?

What Captain Warner found on Ata was a communal food garden, hollowed-out tree trunks to store water, and a recreation yard with a make-shift badminton court.  As reported by journalist Rutger Bregman, the boys explained to Captain Warner that early on they’d “agreed to work in teams of two, drawing up a strict roster for garden, kitchen and guard duty. Sometimes they quarrelled, but whenever that happened they solved it by imposing a time-out. Their days began and ended with song and prayer. [One boy] fashioned a makeshift guitar from a piece of driftwood, half a coconut shell and six steel wires salvaged from their wrecked boat…and played it to help lift their spirits.”

The boys discovered on the island natural blessings, including wild bananas and wild chickens, and they shared them with one another.

Most remarkably of all, one of the boys fell off a cliff and broke his leg, becoming a dangerous burden to the others.  In the fictional Lord of the Flies, the fate of the injured boy, weak and useless, would have been swift. In real life, the other boys splinted his leg with sticks and nursed him back to health.  When the boys were discovered by Captain Warner, the leg had healed so well that it didn’t even have to be reset.

And, for fifteen long months the boys faithfully kept a signal fire perpetually lit, recognizing that it would be the instrument of their rescue and perhaps that the flame represented much more than that.

Wonder of wonders.  When put to the test, William Golding’s savage dystopia did not come to life.  The Lord of the Flies did not emerge in the soul.  What emerged among the boys of Ata Island was the Lord of heaven and earth, sustaining one another with prayer, and song, and the blessings of shared life with one another. 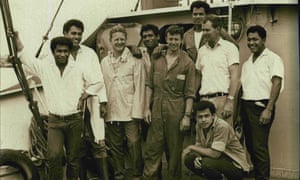 Captain Peter Warner and the boys of Ata, years after their rescue

We live by the narrative we choose.  We live for the lord we choose.  Rutger Bregman ends his account by saying, “It’s time we told a different kind of story.  The real Lord of the Flies [on Ata] is a tale of friendship and loyalty; one that illustrates how much stronger we are if we can lean on each other.”  I would add that it reveals that our authentic and true human nature is not what the myopic William Golding claimed.  (It turns out he didn’t like children anyway.)  Human nature is formed, as Holy Scripture tells us, in the very image of the God who is love.  Our true nature is one of welcome, grace, and care.  Our true nature desires to follow the Lord Christ.  That is Good News.

But we have told ourselves the other story about ourselves for so long that it has taken on a kind of shadow truth.  We perversely cling to it—to our tribalism, our politics, our power, our “me first” thinking—with a kind of dogged pride.  In order to exorcise the Lord of the Flies we must sacrifice that pride, instead of sacrificing our love on an angry altar.

Our human nature is God-given and God-formed.  William Golding’s novel is not true; the boys of Ata are.  We are created to follow the Way of love of the Lord Jesus.  When we sacrifice our pride; when we uplift and live into our true nature; when we follow the Way of Jesus, then bonds of grace and community form and strengthen, and our world, that may at first seems like a deserted island cut off from hope, becomes, in the light of love, paradise.

[i] From Hobbes’ Leviathan.