The Reverend Lane Hensley once told me that as a kid, he watched the launch of Apollo 8, the first manned mission to orbit the moon. As the giant Saturn V rocket burst forth from the surface of the earth, Lane was awestruck by its power and grandeur.

Six days later, Lane saw footage of the return of the three Apollo 8 astronauts, and he was confused and dismayed by the tiny capsule that splashed down in the ocean. Where was the rest of the rocket? Where was that enormous expression of power, might, ingenuity, and promise that he’d seen take off a week earlier? Lane couldn’t conceive that the little capsule was all that mattered in the end, that it was the bearer of human hope for the mission, that it was the real thing worth caring about. 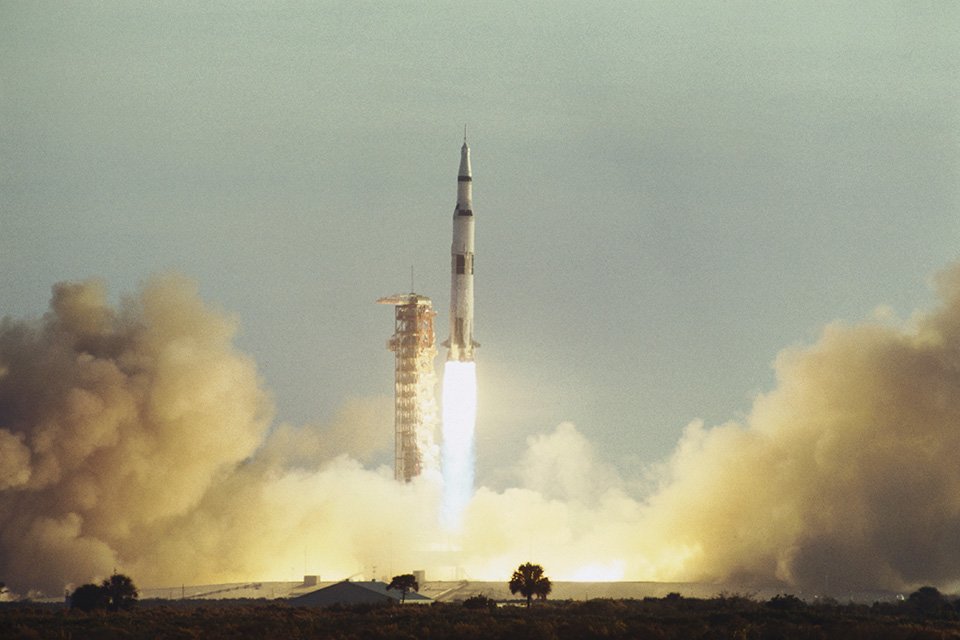 Lane’s story came to my mind this past week, and I considered for the hundredth time all the things that I once assumed were most important, indeed essential, in my life prior to the emergence of the coronavirus. There were big things, flashy things, things that drew my attention and, thus, my commitment. But this spring, we’ve all had the blessed chance — and it is a blessing — to look again at our lives and see with greater clarity that most things are (or should be) in service to a very few things.

What is truly essential are the things in our lives that carry us along the journey, that see us through darkness to new light, that protect us through fiery tests and buoy us when the waves rise and crash.

What are those, but our relationships with one another and with our God? In normal times, these things may seem so small that, like Lane’s childish eyes blind to the capsule atop the Saturn V rocket, we may fail to take adequate notice of them. But just as when the other stages of the rocket inevitably fall away the capsule remains, our relationships with one another and with God remain with us now, and they preserve our lives through every trial. 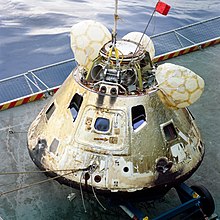 This Easter season we’ve been studying the Book of Acts, which chronicles the earliest followers of Jesus at a time when all they had to sustain them was the Jesus’ Gospel of grace and love. That Gospel redefined for them what was important, the bearer of human hope and the real thing worth caring about.

So it can be for us. Darkness, trial, and drowning waves may all be a part of our COVID-19 experience, but surely so is the renewed recognition of the capsule of grace that preserves us, that carries us, that empowers us to go places and do things otherwise unimaginable. We are apostles and astronauts, borne by the Gospel. We are drawn in love to God and each other. When all else falls away, that remains, and it is all that matters.

One thought on “Apollo 8, and what really matters”