At the sublime Episcopal service of choral evensong, after the second reading, the congregation always hears the Nunc Dimittis.  The text is this:

Lord, you now have set your servant free
to go in peace as you have promised;
For these eyes of mine have seen the Savior,
whom you have prepared for all the world to see:
A Light to enlighten the nations, and the glory of your people Israel.

The Nunc Dimittis is a benedictory hymn just right for the end of a day, or the end of a life.  Because it is at life’s end that these words were first and actually uttered.  We read them today in Luke’s Gospel, from the mouth of Simeon.  Simeon was an old man living in Jerusalem.  He was faithful and devout, but his fidelity was not born of any superficial adherence to religious norms.  Simeon wasn’t putting on airs.  His life had been marked by authentic connection to God, and that connection had defined his days.  Scripture tells us that the Holy Spirit rested upon Simeon.  The Spirit also had a purpose for him, to see and bear witness to the Messiah, and on this day, at the Spirit’s prompting, Simeon made his way to the Temple just as Joseph and Mary were making theirs.  Joseph and Mary come to present their son to God.  Simeon comes to see the Savior.  And when they meet, Simeon’s whole life is fulfilled.  He takes the child in his arms (much to the amazement of Jesus’ parents) and he says the words we know as the Nunc Dimittis: Lord, let your servant depart in peace.  My eyes have seen the Savior, and I am free.

Simeon’s work is done.  His story is written.  He can depart in peace. 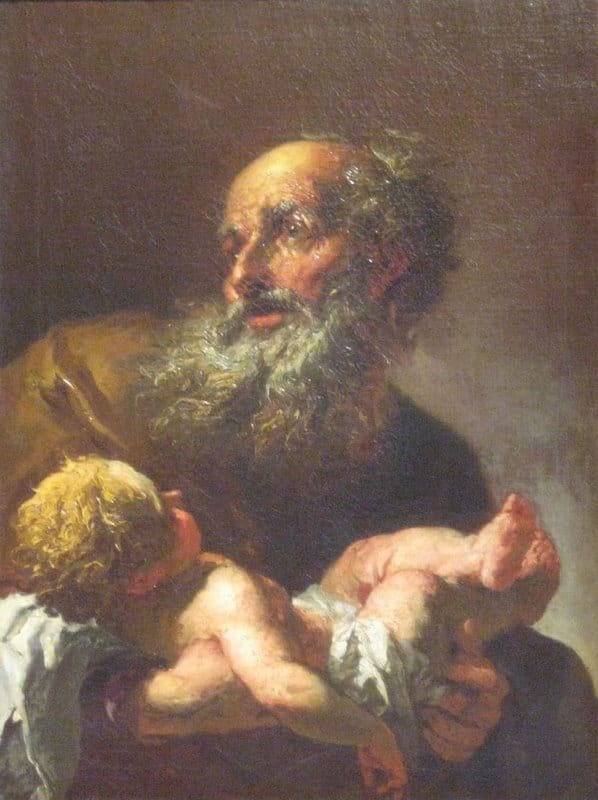 In 2017, the University of Wisconsin conducted a study[i] among terminally ill patients in which two groups were provided the same palliative care, with the exception that the members of one group were also given opportunities to tell their life stories.  The patients were encouraged to share verbally and were then given written transcripts of their stories to continually edit and add photographs.  Many patients reported that they’d never undertaken such an exercise.  They’d never before considered the lives they’d lived as being a story, with a narrative coherence that made sense of the whole.  Almost as if reading about themselves in a novel, the patients looked anew at the lives they’d lived and which would very soon end.

To the researchers’ surprise, the exercise also gave new voices as if from elsewhere to even some of the most tight-lipped and introverted patients.  Researcher Meg Wise says, “When the storytellers opened up about things that were very meaningful to them, it created a unique space that impacted elements of their speaking. ‘It’s like as people start to get down deep into their soul or their heart, that there’s something that opens up, that people became eloquent and almost poetic.’”

The study gauged participants on the criteria of meaning and peace.  By both measures, the well-being of the control group decreased, while the well-being of those who told their stories and came to understand their lives as stories increased.  The storytellers began to see the thread of meaning throughout the lives they’d lived, and they were able, ultimately, to depart those lives in peace.  What a profound gift, a grace free of charge and all given to oneself.

In Simeon’s long life, not every moment, of course, was solely about his waiting on the Messiah.  He had to earn a living, and go to the grocery store, and walk the dog, and cherish his friends.  But Simeon’s life had a coherence, a central narrative thread to which he maintained fidelity.  The purpose for which God made him stayed in the center of his vision.  It was the plot of Simeon’s story, and it gave him his meaning.  Simeon’s fidelity to the story of his life, a story ultimately fulfilled on that day in Jerusalem when Mary walked through the Temple portico with Jesus in her arms, also—crucially—allowed Simeon to depart that life the way we all hope to cross the threshold, but also the way very many do not: in peace.

The bittersweetness of the University of Wisconsin study is that the epiphany that our lives are stories we are writing came only at the end of life.  That the sudden recognition of a threaded meaning was such a comfort and a strength is wondrous, but that it came so late is near-tragic.  As Christian people, if the grand, and miraculous, and conflicted, and sometimes horrific narratives of the bible reveal anything at all to us, they surely reveal that our lives are stories in the making.  And that realization should beg for us the question: What story are we writing with our lives? 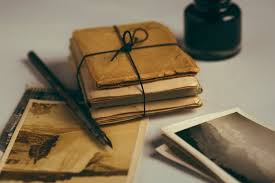 What dialogue have you written for yourself to speak?  Does it build up or tear down?  In what scenes have you appeared, and for what purpose?  What causes have you supported as side stories and to what ends?  What is the motivation behind your decisions in business, in relationships, in family?  And, have you considered the final act, the final scene toward which the story of your life is moving?  What fulfillment, what denouement, do you ultimately seek?    How do you want the final page to read, and what do you want its impact to be on those who see and hear it?

To ask and answer these questions with stark honesty can by terrifying, because the plotline we have thus far written may render us as vacuous and superficial as Jay Gatsby, as bitter and lost as Ms. Havisham, or as dark and cold-blooded as Michael Corleone.  Not all meaning is good, and if this is your story, or if it is mine, then the song we sing on the final page may not be Simeon’s song of joyous release. We will be fretful with regret and remorse at the realization of the lives we’ve squandered.  Simeon’s peace, and the peace of the University of Wisconsin patients, will not likely be found as the curtains begin to close.

But blessedly, our stories are not yet finished.  They are yet being written, even as we gather here this day.  The plot can always turn.  The central narrative thread can always be rewoven.  What makes the difference?

We see the difference in the Gospel this morning, in Simeon but also in Mary and Joseph.  The story of their lives is still beginning, but their narrative already includes dedicating their lives, and their son, to God and the good purposes of God.  This day they set the context for all the scenes that will follow, by walking with babe in arms up the southern steps to the Temple mount.

And Simeon, at the other end of his book, with only a few pages left to turn, has maintained his fidelity to a storyline in which his relationship with God is central.  Simeon’s devotion to God has been manifest throughout through his hope in the coming of God’s Messiah, his hope that God would, finally and in God’s good time, make all things right and new.  Such hope at the center of one’s story guards against superficiality, cynicism, bitterness, and betrayal.  It keeps the thread of one’s narrative from becoming tangled into knots that twist us and the world around us in pain.  And because Simeon has been true to his story, the deep peace we all seek is his.

Even as I speak these words, my story is being written.  Even as you hear them, your story is being written.  When the next page turns, we can change the plot and weave a storyline with God.  As on Simeon, as on Mary and Joseph, the Holy Spirit rests upon us.  Our purposes for in this world can be God’s purposes.  We can speak dialogue marked by charity.  We can work, and play, and build relationships on grace. Our meaning can be found in God’s goodness.  And at story’s end, we can say, “Lord, let your servants go in peace, for our eyes have seen the Savior, and we are free.”