At Episcopal funerals, the solemn anthem provides the very first words, the initiating sentiments addressed to all those who have come to mourn and remember someone they’ve loved.  It says this: “As for me, I know that my Redeemer lives and that at the last he will stand upon the earth.  After my awaking, he will raise me up; and in my body I shall see God.  I myself shall see, and my eyes shall behold him, who is my friend and not a stranger.”[i]

Many likely believe these are the elegant and poetic words of Archbishop Cranmer or some later Prayer Book wordsmith, but they are actually the words of the most anguished human in recorded history.  They are the words of the biblical Job.  They are also our first reading today.  It is strange that they are so hopeful.

Job utters these words right in the middle of the Book of Job, after his family has been killed and his body has erupted in boils and sores, but long before God shows up in person and Job’s outlook changes.  At chapter nineteen, Job has been listening to the world’s worst best friends tell him incessantly that his misfortune is the result of his own sin.  Job responds with a lament that God and the world have humiliated him, injured him, and forgotten him.  (Have you ever felt that way?)  But then, in a brief non sequitur that seems to surprise Job as much as it does the reader, Job utters today’s words of hope.  For a moment, Job catches a glimpse of another reality, and it captivates him.  He sees it as the really real: “As for me, I know that my Redeemer lives and that at the last he will stand upon the earth.  After my awaking, he will raise me up; and in my body I shall see God.  I myself shall see, and my eyes shall behold him, who is my friend and not a stranger.”

Job has a vision of resurrection, and for just a moment it changes everything. William Blake’s illustration of Job and his friends.

Resurrection is confusing, but don’t you worry—it confuses theologians, pastors, and priests just as much as it confuses everyone else.  What is it?

Most commonly, when we hear “resurrection,” especially at funerals, we unconsciously translate the term to mean “heaven.”  Those we love are gone, but we affirm, again from the Prayer Book, that “life is changed, not ended; and when our mortal body lies in death, there is prepared for us a dwelling place…in the heavens.”[ii]  The challenge is that heaven is very rarely spoken of in scripture this way, and when it is, it is only mentioned fleetingly.  It is amazing that we have developed an entire, pervasive theology of heaven on such scanty evidence.

It’s not that heaven isn’t real; it very much is real.  Rather, it’s that Holy Scripture is clear that heaven is not our final resting place.  Our finality is found in resurrection, and heaven ain’t it.  As I suggested to the Wednesday Men’s Bible Study a couple of weeks ago, heaven is more like the United Club at Bush Intercontinental.  It’s great:  Comfortable, great service, free food and drinks, and stellar wifi.  But it isn’t where you plan to stay forever.  The United Club is a way station, a place of ease and a respite on the journey while we await the joy of our final destination.  In a comprehensive theology of resurrection, that’s what heaven is.

Heaven is like the United Club at Bush Intercontinental.

More recently, we may think of resurrection as some form of miraculous resuscitation, a bringing back to life again that which was dead.  In literature and film, that always goes terribly, horribly wrong.  Think of the various zombie films and television shows of the past generation (which I won’t go into because Canon Callaham has previously preached on them ably and well.)  This genre famously began with Mary Shelley’s Frankenstein in 1818, where through the most advanced science Victor Frankenstein brings back to life someone cobbled together from various other people’s parts.  The creature is supposed to be like Genesis’ Adam: innocent and pure.  But it turns out to be more murderous than the humanity that created it, and it serves even today as a cautionary tale for science that can increasingly clone and gene edit in God-like fashion.

If resurrection is neither of these things—neither heaven nor resuscitation—then what, exactly, is it?  That’s what the Sadducees in Luke’s Gospel want to know today.  Actually, they don’t really care.  The Sadducees are a group in first century Judaism who don’t believe in resurrection, so their question to Jesus doesn’t hope for an actual answer; it hopes to make Jesus look foolish.  The Sadducees intend to mock and belittle.  They ask Jesus, if a woman has been married to seven brothers in turn, then to whom is she married in the resurrection? 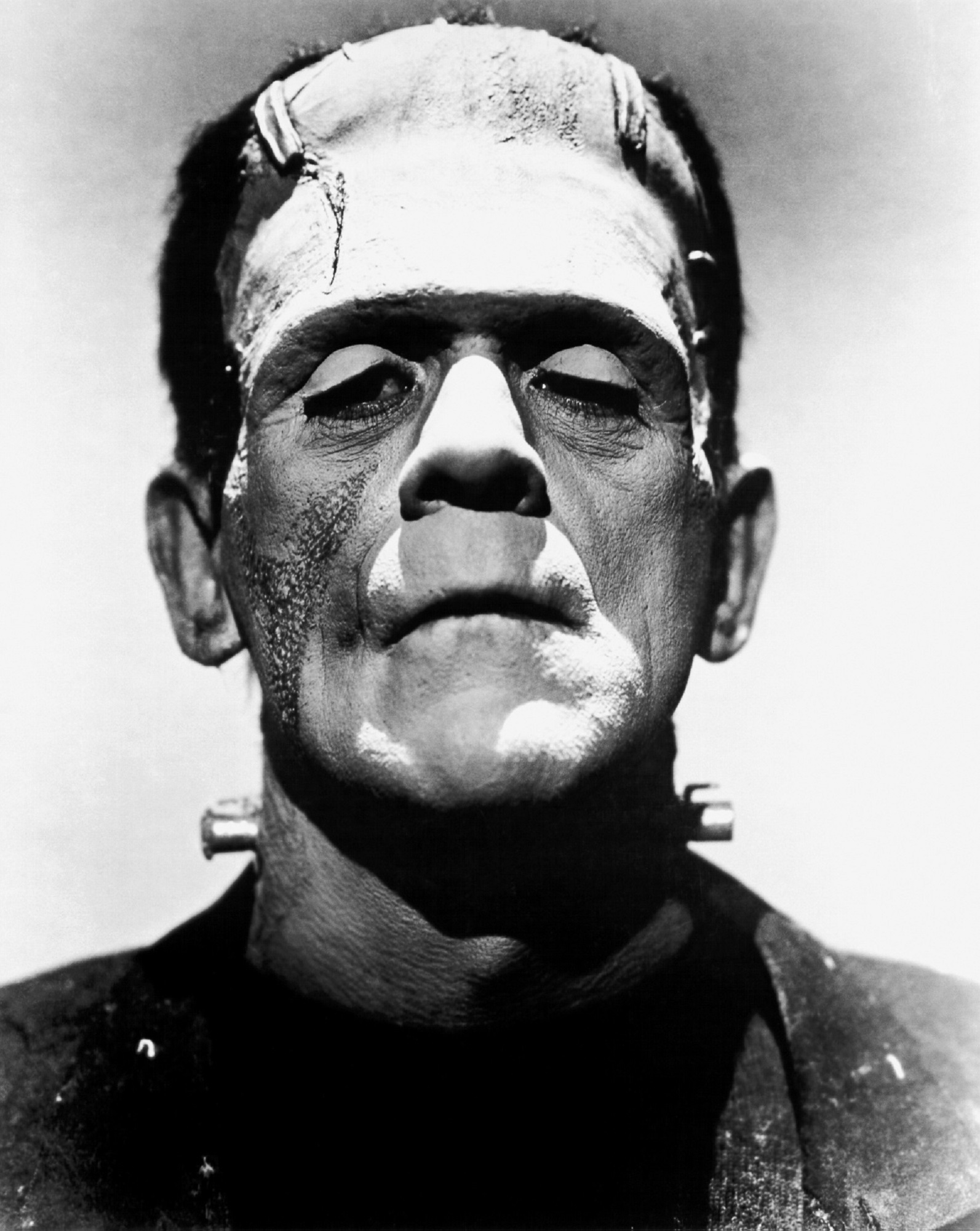 Resurrection is not resuscitation.

Jesus meets their mockery with keen insight, and his answer—like Job’s surprising soliloquy—offers a glimpse of what resurrection is all about.  In his response to the Sadducees, Jesus becomes a cosmic grammarian.  Hearkening to the story of Moses and the burning bush in Exodus, Jesus alludes to God’s self-given name as “I am.”  God is, not was.  And in the eternally present God, nothing is lost; nothing will be or can be lost.  That is the key to resurrection, and it is what makes resurrection hope different from either heaven or resuscitation.  In our idea of heaven, we set aside the burdens of our lives and escape our hurts.  In resuscitation, we simply get to keep going for another round with those burdens and hurts in tow.  Can you imagine either of those options being palatable to Job?  Would Job be content in a heaven in which his sores are gone, but in which the futility and injustice of his family’s death was still extant?  Or, at death would Job be content to be resuscitated right back into the life of pain he’s been living?

That is the promise of resurrection.  It is not escape from this creation, like heaven.  And it is not a continuation of the same in this creation, like resuscitation.  It is, as N.T. Wright says, “the process of new creation, [in which] what may seem impossible in human terms is possible with God.”[iii]  Scripture gives us two images for what this looks like, one individual and the other corporate.

In 1 Corinthians, St. Paul says, in effect, that what we will be in the resurrection is both the same and different from what we are now as an acorn is to an oak tree.[iv]  If aliens landed on earth, and we showed them an acorn and an oak and said that these two are the same thing, the aliens would be as confused as we are by the notion of resurrection.  But God’s promise is that whatever we are today, with whatever brokenness, whatever stunting limitation, whatever disappointment and hurt; in the resurrection we will be the oak tree to the acorn, grown and blossomed into God’s fullness for us, with strength, and beauty, and completion that is beyond comprehension to us now.  Our limitations won’t be escaped but redeemed, so that the very things that have most pained us will become the source of our strength.  Each of us, individually. 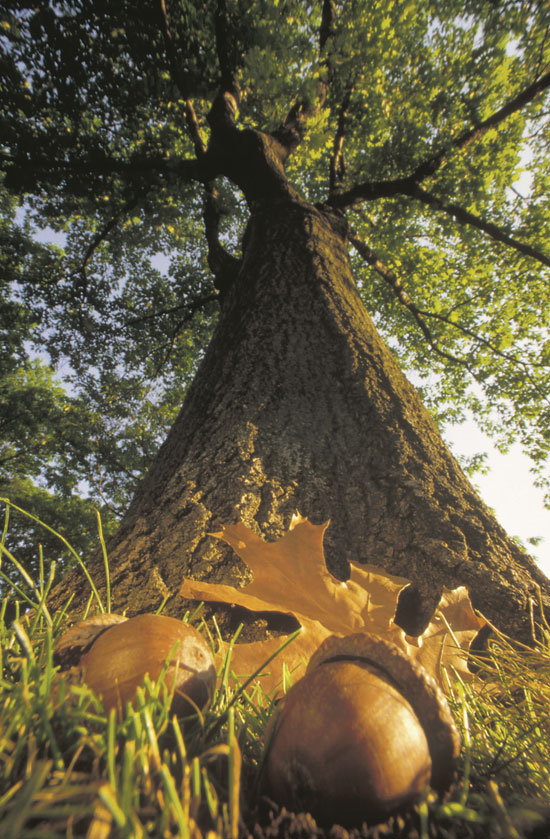 And corporately, God grants the great vision to St. John the Divine at the very end of John’s Revelation.  Again, that vision is not of heaven “up there” nor of a world that is simply more of the same.  Rather, the vision is of the new Jerusalem come down from heaven to earth.  In that great city, which in John’s vision stands for the whole redeemed world, God dwells with us.  Death is no more.  Mourning and crying and pain are no more.  In the middle of that city—in the middle of that world—flows the river of the water of life.  And in that city the gates are never closed.  They are open to all, always, because the love of God reigns.[v]

What difference does all of this make?  Resurrection may be a hope, but it isn’t here yet.  We still live in the world as it is now.  We still feel like Job sometimes.  So why does resurrection matter?  It matters for two reasons.  First, as a future hope.  A week ago I participated with thousands of others in Houston’s annual Alzheimer’s Walk.  As I thought of friends and loved ones who have faded into the ravages of dementia, the notion of a resurrection that ultimately restores us to wholeness mattered a whole lot.  And when I think of the pains many people on this earth—many people in these pews—face daily, the hope that those very pains somehow God will eventually knit into their—into our—strength, strengthens me.

Second, resurrection matters as a present charge.  I turn on the news or social media, and I see a lot of Sadducees, who mock, and belittle, and traffic in smallnesses that ultimately deny the goodness of God’s world and God’s children.  And I see, daily, more and more people listen to the Sadducees and begin to think that perhaps the Sadducees message is the best we can do.  But then I read the words of Jesus, who reminds us that God is, and that God is good, and that God’s promises are sure.  The ancient Sadducees died out.  They were; now they are not.  Today’s Sadducees will die out, too.  But Jesus’ Gospel lives, and at its heart is the promise of resurrection.  And so, we can be—daily—resurrection people.  We can be those who live by the vision of the oak tree to the acorn, who live by the vision of the Holy City whose gates are never shut.  We can be people who grant the world a glimpse of resurrection in the here and now.  And that glimpse will carry us into God’s good future, in which resurrection is the really real.

[iii] Wright, N.T.  Surprised by Hope: Rethinking Heaven, Resurrection, and the Mission of the Church, 218.

[iv] 1 Corinthians 15:37-38.  “When you sow, you do not plant the body that will be, but just a seed, perhaps of wheat or of something else. 38 But God gives it a body as he has determined, and to each kind of seed he gives its own body.”