Today’s epistle reading is from the Letter to the Hebrews, that most mysterious of New Testament books.  No one knows—has ever known—where it came from.  Neither Paul nor Peter nor John is its author.  The early church father, Origen, famously said eighteen hundred years ago, “Who wrote Hebrews?  Only God knows!”[i]  Throughout the centuries, some people have wished to kick Hebrews out of the bible altogether, but the richness of its content has always won out.  It is Hebrews that connects Jesus to the obscure Old Testament character Melchizedek.  It is Hebrews that mentions the great “cloud of witnesses.”  And, it is Hebrews that gives us our most succinct and, on the surface, clear definition of faith.

The author of Hebrews defines faith for us at the beginning of the chapter from which today’s reading comes.  He says faith is “the assurance of things hoped for, the conviction of things not seen.”  Christians have often interpreted this to mean that faith is a dogged belief that things will turn out well, that we will eventually receive what we want and need, no matter how bad or unlikely circumstances may seem in the present.  If only we will believe hard enough; if only our faith remains stalwart and strong; if only we have enough faith, then our hopes will come true.  Today, perhaps more than ever before, a major strand of American Christianity, called “the Prosperity Gospel,” markets this definition of faith.  Does it sound familiar to you?

If only I have enough faith…

There is an admitted utility in this interpretation of Hebrews’ definition of faith.  It can provide the kind of spiritual muscle that helps us keep going when times are tough.  The brass ring of such faith—the lingering image of the thing we want or need that will eventually be ours, if only we have enough faith—always hangs out there, moving us forward in life.  But I have to tell you, these very pews this very day are filled, and the world outside these walls is filled, with people who don’t buy it.  If this is what faith is—the belief that sooner or later our ships will all come in, that every cancer will be cured, that every estranged relationship will heal, that the financial windfall will ultimately arrive, that the world will finally recognize our genius and shower us with accolades—if faith is doggedly hanging onto such belief through a forced and cracked smile, behind which lurks secret but crippling doubt (which we’d better not let anyone detect, or else our faith will falter and these good things won’t happen), then very many folks want nothing to do with faith.  Indeed, many have walked away from Christianity entirely because they have discovered this notion of faith to be a sham, escapism from the hard and sometimes unrelenting reality of life.

But is this what the Letter to the Hebrews means by faith?  Is faith the dogged belief that all our wishes will be fulfilled, regardless of evidence to the contrary?  It may help to look at the portion of the Letter to the Hebrews assigned today, where the mysterious author gives us a litany of exemplars of faith, those he calls the “great cloud of witnesses.”  Among the list, the author reminds us of Rahab, and Samson, and King David.  Their faith, we are told, was strongest of all, and so our definition of faith must be derived from the faith they embodied.  Who were they?

Rahab was a prostitute in the ancient city of Jericho.  Rahab is remembered because, when Joshua led the Israelites against Jericho, she protected his spies and was thus spared when Joshua conquered the city.  Even so, when we last hear of Rahab, as she and her family are being incorporated into the Israelite camp, she is still referred to as “Rahab the prostitute.”[ii]  Her location changes, but essentially her life does not.

Samson, who may be more familiar to us from our childhood Sunday school, was the judge of Israel who had the strength of Hercules.  But Samson was bewitched by Delilah, who cut his hair and thus sapped his mighty power.  Samson prayed to God, but the outcome of his prayer was an act that resulted in Samson’s own death along with the death of his enemies, as the temple of Dagon crashed down upon them all.

And King David, on the one hand the paragon of faith, was also a man plagued from beginning to end with as much tragedy as triumph.  One of his children died in infancy, while his favorite son Absalom was killed attempting to overthrow his father.  The image we have of David at the end of his life is of a pitiful man covered in blankets who cannot get warm, with palace intrigue swirling around him until the very moment of his death.

In other words, the models of faith Hebrews provides to us today are not people whose faith was defined by a dogged belief that everything would be o.k. in the end, and for none of them was everything o.k. in the end.  Throughout their lives and right up until their deaths, they knew doubt, confusion, betrayal, hurt, regret.  They were, in other words, a whole lot like us, with all of our flaws and disappointments.  And so, faith must be something different.  When Hebrews tells us that faith is “the assurance of things hoped for, the conviction of things unseen,” what else might it mean?

For Rahab, Samson, and David faith was not the strained and nervous hope that everything would come up roses.  They and the other exemplars of faith the Letter to the Hebrews cites—and who Hebrews acknowledges were mocked, imprisoned, and tormented—were far too realistic for that.  Faith was, instead, the decision to walk through the world, whether or not the world provided positive outcomes, with God.  That is what rendered these different from other people.  That is how they “won strength out of weakness.”  That is how they faced challenge and endured hardship and failure, not because they believed God would bring all good things to them, but because they knew that God was with them even when the good didn’t prevail.  That’s a very different understanding of faith.

So, here it is: Faith is not wishful thinking.  It is not the dogged belief that everything will turn out well in the end.  Rather, faith is the perspective that sees the world, despite immediate evidence to the contrary, as infused by the presence of God.  Faith is, then, truly a binary choice: We either encounter the world as dead, inert, unenlivened—at best apathetic toward our lives or at worst brutishly assaultive of us—or we encounter the world as God saw it at the creation: as good, and as pervaded by God’s very presence and grace.   And so, one cannot have more faith or less faith.  It is like that elementary school drawing where from one angle one sees a young woman and from the other one sees an old woman.  The only difference in what we see is the shift in our own perspective.  So it is with faith.  We either encounter a world saturated with God, or not. 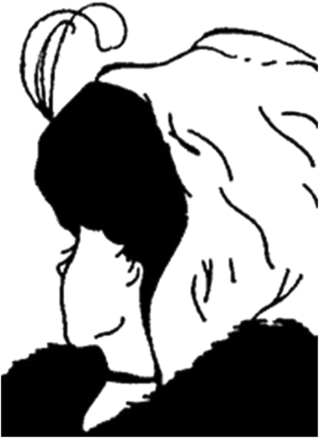 “The only difference in what we see is the shift in our own perspective.  So it is with faith.”

I sometimes encourage parishioners to engage in an imaginative exercise.  Every time you go outside, imagine that it is a misty day, and that the mist has the sheen of silver and gold.  That mist is the milieu through which you walk, and move, and breathe.  And that mist is God.  Do this faithfully for a month, and the effort of imagination will no longer be required.  You will see previously unnoticed evidence of grace.  You will see beauty in people and things you did not see before.   Your hope will cease resting in specific outcomes and instead find its conviction in the lived realization that we are never apart from the God who creates us in love.  God is above, below, surrounding, and within.  Always.

Faith is knowing that the world is God-infused and encountering it that way.  It doesn’t mean all good will happen, but it does change the character of everything.  The Red Sea becomes a path to life rather than certain death.  Walls, like those of Jericho mentioned by Hebrews today, become things to take down rather than build up.  And in our own lives, the classrooms teachers and students are about to reenter, the lawyer’s courtroom, homeless shelters, businesses, hospitals, homes…all become crucibles of hope because all rest in God.  In faith, we walk through them differently.  In faith, we see the people who populate them differently.

Through faith we win strength out of weakness, because God is with us and in us, as near as the air we breathe.  Have faith, friends.

One thought on “What is faith?”