This morning we have read the story of Naaman.  Through this story comes up in the lectionary once every three years, I daresay for many it did not register.  In the grand scheme of things, Naaman is a bit character in the sweep of the biblical story, with vanishingly brief stage time.  And yet…

In the story, Naaman is the commander of the army of the King of Aram.  The kingdom he serves, Aram, is at a pinnacle of its geopolitical position in these days.  Aram has recently defeated Israel in conflict.  Aram is a power and a power broker.  And Naaman himself is the man everyone wants to be.  He wins battles.  He enjoys the esteem of those around him.  He lives in material comfort.  Naaman lives the life we all aspire to and hope for.  Except for one thing.  Naaman has leprosy.  And leprosy in the ancient world is the worst thing with which one can be afflicted.  It is a highly contagious skin condition that causes chronic, disfiguring lesions.  In the primitive medical understanding of the ancient world, leprosy is believed to be more than a physiological ailment.  It is the outward and visible sign of a deeper, internal, we might say spiritual rot.  The leper has misstepped in some crucial way, has erred in a manner that is causing everything—including his own body—to fall apart.  To see a leper is terrifying, and terror includes a fear of contagion, that the rot could expand to the world around.  In the ancient world, people who have leprosy are the objects of loathing and disgust.  They are pariahs from the rest of society.

There are hints in the story from 2 Kings that Naaman has, for a long time, been able to keep his disease secret.  He remains at the apex of the king’s service, when knowledge of leprosy even in a Gentile land likely would have required that he be ostracized.  The only people cited as knowing about his disease are a personal servant, who was privy to things those outside the household would not see, and the king, who surely has a vested interest in keeping a secret that would extend the service of his champion.  The very stability of Aram depends upon Naaman being strong and whole, and the king is as afraid as everyone else of a world in which Aram is weak.  Keeping up a veneer of robust health, hiding the disfigurement beneath armor and trappings, is vitally important.  But as the story opens, it is clear that the disease has progressed such that hiding it has become all but impossible.  The lesions are too deep.  They pain too much.  They are now evident for all to see, and both Naaman’s life and the way of life in the kingdom he serves are at risk of collapsing.  The only options left to Naaman are to succumb or seek healing. 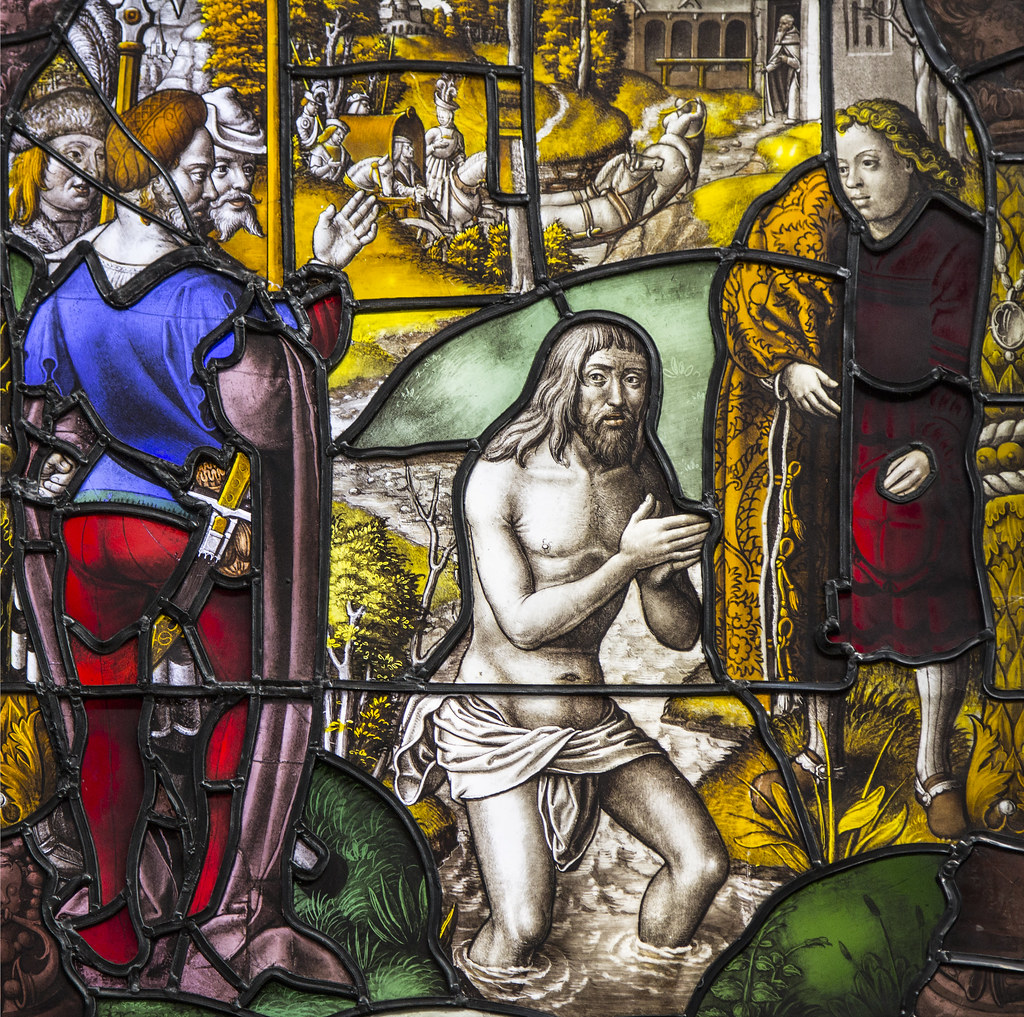 The Healing of Naaman

It is also not lost on me that today in our prayers and music we are acknowledging our nation’s birthday on this Sunday after Independence Day.  I think the Naaman story has something to say to us on a national level.  I doubt I would receive much argument against the assessment that something is wrong in our national life, and that the disease is not new.  For a long time, perhaps forty years, we were able to mask it.  Through our bravado, beneath armor and star-spangled bluster, we were able to present to ourselves and to the world as though both our external and internal signs of strength were ample evidence of health.  That was important.  Our societal stability and the stability of the world depends upon the health of the United States.

But it is obvious in the United States these days that our national veneer has cracked, that lately ugly things long hidden have erupted through as lesions onto the very surface of our common life: The vicious ways we speak about one another; the premier value placed on ideological purity over the common good; the worst motives imputed to those with whom we disagree; the disdain exhibited toward those different or most vulnerable among us; and the cavalier way our leaders increasingly disregard the very principles that have made the United States, in our best moments, the light of nations, are all grossly visible.   These things disfigure our national soul, and we are no longer able to hide our ailment from either ourselves or the world around us.  For many on all sides of the political divide, it feels as if our shared life is at risk of collapse.

Naaman is silently desperate, and when his house servant claims to know of one in Israel who can possibly heal him, he grabs hold of hope.  But Naaman mistakenly, almost comically, believes that the same bravado that enabled him for so long to hide his illness can facilitate its cure.  He loads up the symbols of his high standing and the materiel of his wealth, believing with a show of power he can bluff and buy his way to health.

But when Naaman eventually makes his way to the Prophet Elisha, he quickly learns that one cannot be healed by yet again pretending the disease is less than it is, and one cannot be restored to health by continuing to act and interact in the ways that have contributed to the disease.  Naaman is at first confused and then chagrined when Elisha merely sends word through a proxy that what Naaman must do is go and wash in the Jordan River seven times to be healed.  At first the instruction doesn’t even compute for Naaman.  It is counterintuitive.  It involves not a show of bluster or power—the things that make sense to Naaman—but humility, contrition, and a willingness to strip down (literally in this case) and be cleansed.  Naaman doubts the healing power of this prescription that doesn’t look like any kind of power he’s encountered before.  But despite his doubts and misgivings, Naaman is desperate, so he goes to the Jordan and washes.  And when Naaman emerges from the water, we are told, he is restored and made clean.

I believe, firmly and with my whole heart, that Elisha’s prescription for Naaman is the path to healing for us as a nation as well.  In my conversations, people increasingly either express a hopeless myopia about our future or a thin bravado that fails to mask our signs of soul sickness.  There is no longer time for bravado, but there is still ample room for hope.  Even with our national pockmarks deepening and ever more visible, I believe that the Jordan still flows and still beckons us as a people.  I believe grace for the United States is even yet possible.  But nationally just as individually we must—all of us—recognize, like Naaman, how our healing will come.  It won’t be by raining fire down on one another, or from self-satisfying displays of bluster and power that only seek to mask our disease.  Healing will come from the acknowledgement that we are in need—desperate need—of God and one another.  Healing will come from humility, from contrition for the ways in which we have willfully wounded one another and our nation, and by stripping ourselves bare in vulnerability to be present to each other and see in each other not adversaries or interlocutors but sisters and brothers, children of God and of this great nation.  Healing will come by extending grace to one another, and especially to those who are most vulnerable.  Healing will come when we speak out and insist that our leaders do all of these things as well.

One deep dive won’t do it.  Like Naaman, we’ll need to submerge again and again into God’s grace.  But if we will do, we can still emerge healed, a nation restored that can again be a light to all nations.  With God’s help, may it be so.  Happy birthday, friends.