I had a friend in college who changed roommates every term.  Our alma mater, Hendrix College, was on a trimester system back then, so a student theoretically could have three different roommates in the span of an academic year.  Except with my friend, it wasn’t theoretical.  Each trimester he would petition the housing office for a new roommate.  By the end of our sophomore year, he’d had six.  He came to me and lamented, “I can’t figure out why the college keeps giving me such lousy roommates.”  And I responded, as pastorally as I could, “Jim, sooner or later you have to ask the question, ‘Is the problem the roommates?’”

Most people will remember “The Odd Couple,” either from the Neil Simon Broadway play, the 1970s television series starring Jack Klugman and Tony Randall, or the brand new T.V. reboot starring Matthew Perry.  The storyline is the same in all three iterations.  Felix Unger and Oscar Madison are roommates.  Force by circumstance to live together, Felix and Oscar are a mismatched pair.  One is tidy and fastidious, while the other is a free-wheeling, devil-may-care slob.  Nothing about them belongs in close proximity.  They are like oil and water, mayonnaise and peanut butter, matches and gasoline. 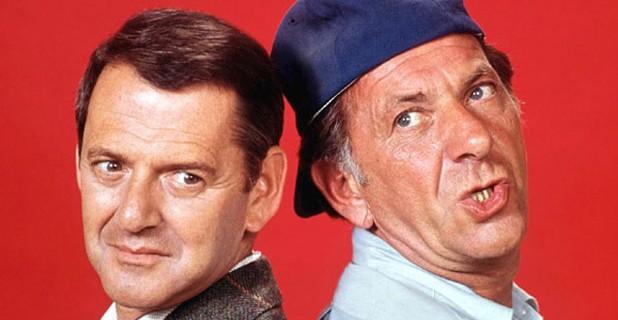 Mismatched and ill-suited pairs came to mind this past week as I studied the biblical passages assigned by the lectionary for today.  Both the Old Testament lesson from Song of Solomon and the Gospel lesson from Mark are a drastic departure from what we’ve been reading for the past month.  Song of Solomon has nothing to do with the history of King David and his successors, and Mark leaves behind the Jesus’ long “bread of life” soliloquy from John.  These readings are disconnected from what’s come before, and they are surely disconnected from one another.  In a survey of the entire bible, I’m not sure you could find a more mismatched coupling.  Oscar and Felix, to be sure.

Let’s look at the Gospel first.  The Pharisees who approach and verbally attack Jesus are scrupulous in their religion, but Jesus responds that their outward observance is not mirrored by their character in the world, or their inner constitution.  The Pharisees emphasize the wrong things, Jesus says.  They observe their religion with one eye on the crowd, to make sure they’re racking up piety points for their prayer, their purity, their fastidiousness in things holy.  All the while, they condemn, disregard, and cast aspersions on others with curled lips and self-righteous tongues.

Mark’s account is about hypocrisy, about putting on religious airs, about outward and visible piety that masks an inward being Jesus calls, in another setting, “a whitewashed tomb.”[i] What’s the Song of Solomon about?

The Song of Solomon is so unlike anything else in Holy Scripture that when quoted unnamed many people find it difficult to believe it’s from the Bible at all.  It is a love poem, earthy and intimate, blushingly sensual in many places, celebrating the knowing (in the biblical sense) of those deeply in love.  I doubt the Pharisees liked it very much!

Today’s reading begins with one of those overblown, gushing passages in the poem: “Look, [my beloved] comes, leaping upon the mountains, bounding over the hills.  My beloved is like a gazelle or a young stag.”  Seriously?  A gazelle?  Who talks like that, except those gushingly, unguardedly, in love?

But the syrup recedes at crucial turning points in the Song of Solomon, and midway through today’s reading is one such point.  At this moment, we sense that the lovers, even before their union, have already braved some harrowing things.  They have walked through darkness—through winter’s cold—and they have come out the other side together.  Listen again to these words:

Arise, my love, my fair one, and come away;

For the winter is past, the rain is over and gone.

The flowers appear on the earth; the time of singing has come…

Arise, my love, my fair one, and come away.

We sense that their love is not, after all, flighty.  It has already been tested.

The meaning is lost on twenty-first century folk.  In a world in which physical intimacy wasn’t nearly as trivialized as it is today, the “seal ring,” which is mentioned here, was a solemn oath a couple would make to each other the morning after their first night together, when they would awaken to the immense risk they had taken by giving themselves to one another, by making themselves so vulnerable.

In other words, in the afterglow of love, any light and flirtatious banter is replaced by an acknowledgement that something transforming, something sacred, has occurred between them.  So that the couple don’t dismiss, disregard, or forget what has passed between them, they seal themselves with an oath upon one another’s heart.

Only with this seal—only with this acknowledged commitment—can the lovers claim the final words from the wedding reading:

For love is as strong as death,

Passion fierce as the grave.

Its flashes are flashes of fire, a raging flame.

Many waters cannot quench love, neither can floods drown it.

If offered for love all the wealth of one’s house,

It would be utterly scorned.

As I’ve prayed on these “Odd Couple” passages from the Song of Solomon and the Gospel of Mark this past week, I’ve come to realize that either the compilers of the lectionary are brilliant, or else the Holy Spirit does, indeed, work in wondrous ways.  Because, in the end, what Mark and the Song of Solomon juxtapose are two diametrically opposed ways of worshiping God.

The first is the Pharisees’ way.  Worship means presenting oneself as holy to the outside world, appearing holy as God is holy.  And as outwards appearances are, so the thinking goes, inward being will follow.  But we know, as Jesus tells us and as we’ve seen even this past week in the increasingly vitriolic social and political rhetoric and in the Ashley Madison lists of our world, that too often outward polish merely hides inner corrosion, even from the Pharisee himself.  A veneer of holiness masks, in Jesus’ words, “evil intentions, slander, pride, and folly” towards the world and the children of God.

The second manner of worship, embodied in the Old Testament reading, is all about adoration.  You see, the reason the love poem that is the Song of Solomon is included in the bible is that it has always been embraced as a metaphor for the love between God and creation, between Christ and the Church.  Read that way, the poem is all about giving oneself over to God vulnerably and in love.  One can’t fall in love in theory.  One cannot—except in a bad reality T.V. show—fall in love only on the surface.  Falling in love is all-in.  Falling in love necessarily means a wholesale transformation in one’s interests, one’s priorities, one’s values, one’s being.  And, most importantly, falling in love leads with the heart, so that one comes to love what his lover loves.  He begins to see the world through her eyes, and so he sees it anew. 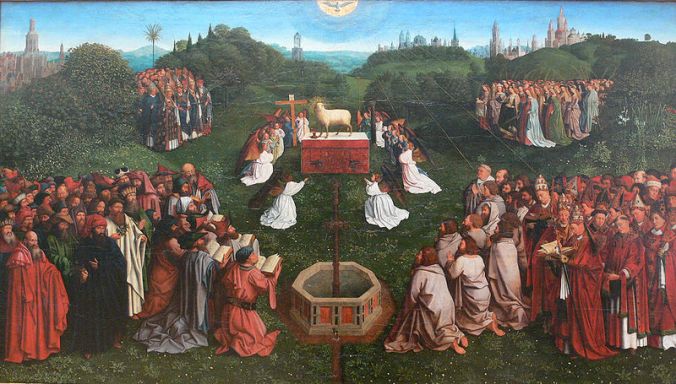 The Pharisees could no more understand this than they could imagine a man landing on the moon.  They see Jesus, who is clearly in love with God in this way, and he mystifies them.  “What’s wrong with him?” they ask themselves, and when they can’t put their finger on it, they make the only petty accusations they can muster: He laughs too much; he doesn’t wash his hands.

Blessedly, those in the throes of love are deaf to such slings and arrows.  They are awash in one another, and they won’t be distracted by the Pharisees’ slur about washing hands.  But make no mistake: Those in love with God are not naïve.  Ours is not a flighty, springtime, puppy love.  It has been tested through the winters of our lives, those times when we know we are not holy; when we know we are not strong; when we know that, but for the unfailing love of God for us, the floods would undoubtedly drown us.

This is how we worship God, not with pious words that have no connection to our hearts, but all in, leading with the heart, waking up and realizing that we now see the world anew as though through God’s eyes, that we are called to love the things, people, the world, as God loves them.

This includes, of course, seeing ourselves in this way, not having to hide our inner lives behind a false veneer of holiness, but seeing ourselves as God our love sees us, the God whose seal of love is unbreakable; whose passion for us is as fierce as the grave; who looks upon us, within us—even us—and says, “Arise, my love, my fair one.  The winter has passed.  The time of singing has come.”